Private land owners living on the side of the Bosnian Pyramid of the Sun have uncovered something remarkable.

The Bosnian Pyramid of the Sun. (We are looking southeast in this photo.)

In addition, and quite puzzlingly, mainstream academics across the globe have for many years been loudly opposed to the Bosnian Pyramids Project. But now, in 2018, those voices are as silent as the largest documented pyramid on the planet covered with snow.

Silence seems to be the only weapon that the archaeological orthodoxy has, now, against the Bosnian Pyramids Project and against many other projects on the planet, namely Göbekli Tepe (or Göbeklitepe).

The Astonishing Findings of a Private Dig

What are the scientific archaeological findings of one family on a plot of land on the northeastern corner of the largest documented pyramid in the world, the Bosnian Pyramid of the Sun?

6) rightward-leaning baked claystone construction stones set side by side;

7) rightward-leaning baked claystone construction stones set side by side with soft earthquake-mitigating clay layers between them; 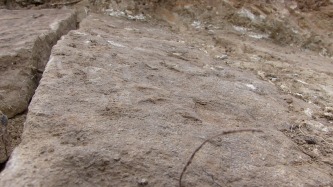 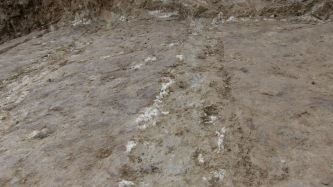 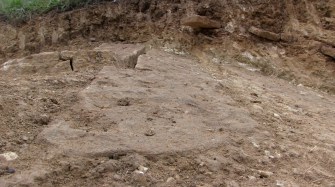 A Senseless Moratorium by the Scientific Establishment

Despite numberless independent scientific teams who have visited the Bosnian Pyramid Complex and written numberless papers about their research and delivered these papers at scientific conferences on the Bosnian Pyramids, despite the 550,000 tourists that have visited the site since the discovery of prehistoric artificial structures in and near Visoko, Bosnia, despite the endless scientific work that Archaeological Park Foundation has performed in testing ceramic sculptures (“megaliths”), negative ion levels, oxygen levels, cosmic radiation levels, and other energetic phenomena in Ravne Tunnel Labyrinth, which winds for tens of kilometers beneath the Bosnian Pyramid Complex, and despite amateur archaeologists (homeowners) who live on the Pyramid of the Sun discovering clear evidence of a built prehistoric structure beneath their land, the archaeological orthodoxy continues its bizarre moratorium on Bosnian archaeology.

I hope everyone, including the scientific orthodoxy, has a scientific day, week, month, year, decade, century, and millennium.